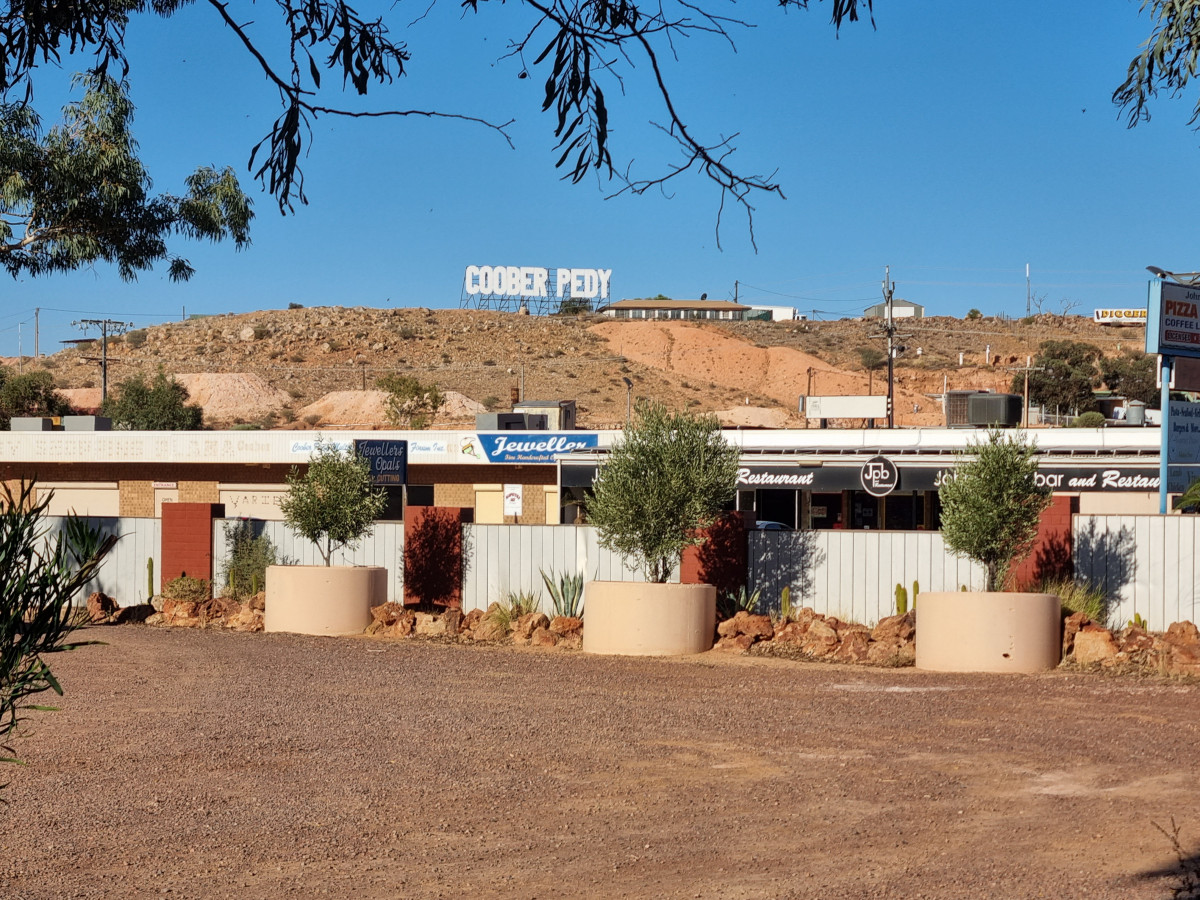 So unfortunately I'm going to have to skip the next part of the journey, as I've started to become unwell again.

The five things that helped me recover from my condition and keep me well, sleep, a balanced dietary intake, regular deep sleep, swimming and minimal stress, have all been missing or compromised. I said from the start if I started to get unwell I'd just stop and fly home. Well I'm not going to quit, but from here on in the trip is for me. It's going to be more comfortable and forgiving on my body and mind. This pushing 140kg into 30 plus km/hr winds day after day has gotten to be too much for this old boy. After my rest night and a full day of zero wind I knew within myself I could do the 153kms to Coober Pedy if conditions just remained like that. But despite my best strategic planning I was undermined yet again by the wind gods. Half an hour into my night ride and already feeling mesmerised by my rapidly strobing headlight, it howled with a vengeance. I actually got angry this time and shook my first at the sky yelling an expletive. 30 seconds later it kicked up 15%, so I yelled another and then "go on then you #$@%er get it out of your system" to which it seemed to just double in strength. After 50km I pulled into a rest stop w no signs or advance warning, no toilet or bench (typical for SA and totally unlike the NT), pulled out my folding chair and rested my head against a steel pole for 15 minutes. It was freezing at about 4-5°c by this time so I had already donned a fleece cycling jumper over my regular kit. I decided to keep going and made it to just under the 80km mark and realised I was totally out of gas. I'd been feeling a gradual decline in my recovery the last few days despite rest days. Again there was just a concrete slab and tin roof shelter; but surprisingly a water tower, which I found was broken when I woke looking forward to a wash in the morning. so i pulled on my sleeping bag in full gear, sandals and all to sleep.

Two minutes later I was shaking and had to get up and put a third layer on, which remained until about 8an the next morning. I got up after about 4hrs of fitful sleep and started off again feeling a little disoriented, unusually weak and very sore. I realised I was only able to cycle a few kms and world need to get off and walk. I was having some breathing issues and a lot of pain. I managed around 40km more thinking the wind was finally in my favour, when a lovely couple from Canberra Kate and Shane pulled over to see if I was OK for water. I thanked them and told them I was fine and just tired, and that i only needed to make the last 50kms to Coober Pedy. They then told me i had been heading in the wrong direction for hours. I was done! They asked me of I wanted a lift to CP & I said "no, but thank so much." I told that I was going to set up on the side of the road and flag the next ute or 4WD. They were great and offered all sorts of help. I watched them drive off to the horizon and then suddenly do a u-turn and double back. "Let's get your bike in the back, we're going to take you to Coober Pedy" Shane said. They literally doubled back the 90km from where they had just come from. They were so nice, wonderful to talk to and refused any attempts to give then petrol money. There are some truly awesome people on this planet and they are two of them. So I've had a ten hour sleep in my underground backpackers, which I had entirely to myself for $35. That is something I've always wanted to do. I've decided to stay a few nights until i decide what's next. I know I am going to bus it somewhere else out of this wind and start again when/if I feel an improvement in my health soon. But today I could just make it up and down the stairs, so I am not in any hurry.

So I'm still fundraising, but the trip will take on a different life from here. Sorry if this post is poorly written and long winded, but it was pretty hard to write and my head is quite foggy atm.

Shane and Kate  •  09 Apr, 2022
Really pleased that you were able to get a good nights sleep. You looked pretty flat and we couldn’t leave you like that! It was really no effort to get you to Coober Pedy. We look forward to following your adventures when you are strong again. Stay safe and take care. S & K
Damien  •  10 Apr, 2022
It sounds like you had a hard time the last few days. Getting out of this wind it the right thing to do. I hope you can have a good rest now, take your time, and see what you can do next.
Mick  •  12 Apr, 2022
So tough mate. You need to get to civilisation where you can get some real food into you and a few days swimming. Just do what you need to do for yourself and don’t take on any unnecessary pressure to achieve more…. Backing you all the way 🚴‍♀️🚴‍♀️🚴‍♀️
Janet Mum  •  14 Apr, 2022
Dear Shane and Kate, thank you so much for helping Mark and seeing him safely to Coober Pedy. A million blessings to you both, take care of yourselves, and all the best, regards Janet (Mark's mum) 🌞🙏😍