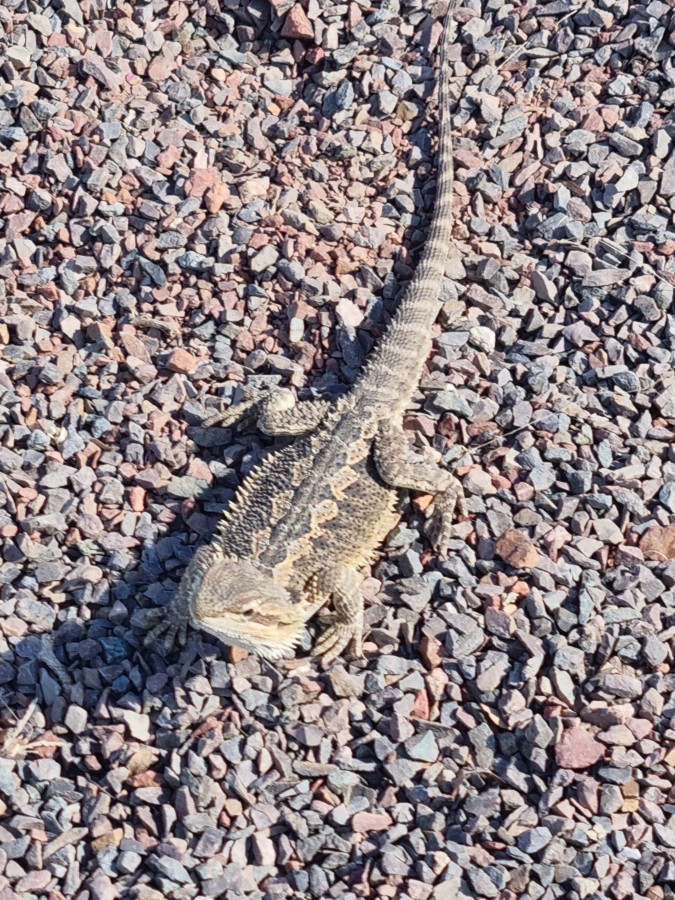 Day 6 - Bush camp to Marla and on to another bush camp 80km. Had another good run and got the 55km to Marla in 2:20 minutes. It was about 40°c at peak so stayed around the pool until four and then did 25km and found a great camping spot - the wind was howling again.

Day 7 bush camp to Cadney Homestead 60km. Was packed up and on the road in record time this morning only to be hit with my roughest day. Took nearly 5hrs to cycle and partly walk the 60km to Cadney as the wind was out of control with no trees at all to offer any respite or much shade. It basically took me twice the time to go the same distance it did yesterday morning!

Going to try a different tact tomorrow and night cycle part of the 155km to Coober Pedy. Can't afford to risk being on the road for three days w 20lts of water if this wind keeps up and it usually drops off at night. This headwind is like the difference between walking for 5hrs or climbing stairs for ten. It's physically and mentally crushing. But I'm having fun! 😉

Damien  •  06 Apr, 2022
Keep pushing Mark, you're doing great! This wind will hopefully stop at some point.
Cherie  •  08 Apr, 2022
Sounds like this might be the most difficult part of the journey so far. You are doing so well Mark, well done!